An Arizona man involved in a March car crash that left an 11-year-old girl dead was charged with manslaughter this week, according to reports.

Tu'Ulafoaina Poloa, 29, allegedly drove head-on into an armored truck in Phoenix on March 24, according to FOX 10 in Phoenix.

Police said Poloa was speeding and lost control of his car before the crash, adding he appeared to be intoxicated at the time, the station reported.

Jia Montanez, 11, and her 5-year-old sister were in the backseat and were hospitalized after the collision. The older child died March 28.

Poloa, who FOX 10 identified as the girls' stepfather, has also been charged with aggravated assault, endangerment, and aggravated DUI. 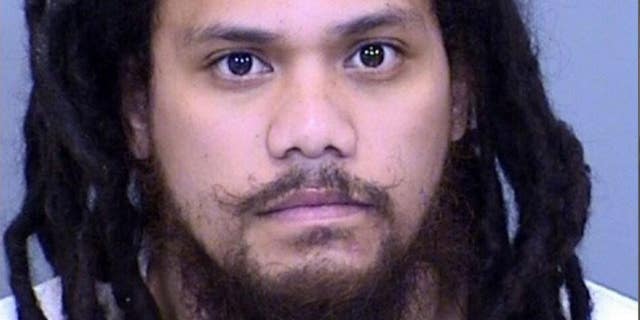 Tu'Ulafoaina Poloa, 29, has been charged with manslaughter, aggravated assault, endangerment, and aggravated DUI in connection with a fatal crash.  (Maricopa County Sheriff's Office)

"She was just an amazing kid," Montanez’s father, Juan Montanez, said in an interview with FOX 10 last month. "She's super creative, she loved school work and wrestling was a big thing, pretty much all sports. Any task we put ahead of her she would just be guns blazing," Montanez said.

At the time, Juan Montanez said he knew Poloa loved the kids and they loved him, according to FOX 10.

"I still can't believe it. Just like that. A flick of a switch, my whole life turned upside down," he said in April.

Neither Poloa nor the driver of the armored truck were injured in the crash, the Arizona Republic reported.