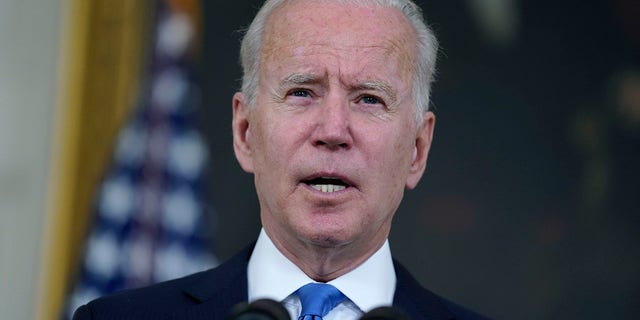 Good morning and welcome to Fox News First. Here's what you need to know as you start your day

Both former presidents Barack Obama and Donald Trump mentioned "God" in their National Day of Prayer proclamations, but Biden's proclamation never mentions God, only Americans' "many religions and belief systems" and the "power of prayer."

"Throughout our history, Americans of many religions and belief systems have turned to prayer for strength, hope and guidance," Biden's proclamation reads. "Prayer has nourished countless souls and powered moral movements – including essential fights against racial injustice, child labor and infringement on the rights of disabled Americans. Prayer is also a daily practice for many, whether it is to ask for help or strength, or to give thanks over blessings bestowed."

While the proclamation itself didn't include "God," Biden's remarks for the occasion did say the coronavirus vaccine was developed "by the grace of God." CLICK HERE FOR MORE ON OUR TOP STORY.

Ron Klain, Biden's powerful chief of staff, leads White House rife with dark money ties
President Biden has padded his administration with a number of individuals with strong ties to progressive dark money groups, including his chief of staff Ron Klain, which could provide a pipeline for the groups to push their agendas to the White House. 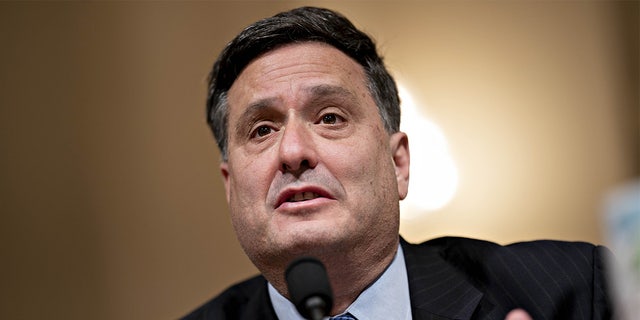 Biden has surrounded himself with such individuals despite aligning with the left-wing flank by calling for "an end [to] dark money groups" on his campaign website.

Klain, who has a long history with Biden dating back to the 1980s, now helps steer his political agenda from the Oval Office. Klain has ties to the Center for American Progress (CAP) Action Fund, a Washington, D.C.-based organization led by Hillary Clinton aide John Podesta. Klain for several years served on the group's board of directors, which does not disclose its donors in tax forms.

CAP held significant influence with the Obama administration as Biden served as vice president, and likely will again with Klain as Biden's right-hand man. Klain has touted CAP several times on Twitter over the years and praised their 2018 pressure campaign to get businesses to cut ties with the National Rifle Association, tweeting, "Big big big kudos to the team at @thinkprogress @amprog for spearheading this dramatic turnaround!!!"

"Believe it or not: dark money is about to get even darker," Klain tweeted in 2018, less than a year before Biden announced his candidacy for president. Biden heavily benefited from hundreds of millions of dollars in dark money, according to a Center for Responsive Politics analysis. CLICK HERE FOR MORE.

All hostages were safe and unharmed, city police told FOX 9 of Minneapolis. The suspect was identified by police as Ray Reco McNeary, according to the St. Cloud Times. He was seen being led out of the bank shortly before 11:30 p.m. CT.

In March, McNeary was booked into jail on suspicion of two counts of felony domestic assault, the paper reported. Stearns County Attorney Janelle Kendall said her office expected to have formal charges for him on Friday.

At least four hostages were released shortly before 10 p.m. CT -- all of them bank employees, according to The Associated Press. It wasn't immediately clear if there were any other hostages.

Police deployed all of their resources to the scene, spokeswoman Lt. Lori Ellering told Fox News, and the FBI was assisting. Negotiators had been working to free all hostages. CLICK HERE FOR MORE.

#TheFlashback: CLICK HERE to find out what happened on "This Day in History."

The host claimed that many school districts will be teaching children systematic radicalism when classes resume in the fall.

"So they want to control language, instill fear and enforce rules with specific and implicit threats," Ingraham said. "And, of course, in some cases, life-altering punishment. … enter(s) the notion of what the anti-racist curriculum really is. It’s largely the brainchild of Ibram Kendi, and it embodies their supposed aim of promoting diversity, equity and inclusion in our schools."

Fox News First was compiled by Fox News' Jack Durschlag. Thank you for making us your first choice in the morning! Have a great weekend, stay safe and we’ll see you in your inbox first thing Monday.

- How to buy a house in 2021: Tips for winning the COVID homebuying season