One of President Biden's top Pentagon picks is facing concern from Republicans about his views on Iran and his ties to a progressive group called the Plougshares Fund that played a key role in creating an "echo chamber" to sell the Iran nuclear deal to the American public.

Colin Kahl, a former Obama adviser and former fellow at the Center for a New American Security, is Biden's pick for undersecretary of defense for policy.

The Ploughshares Fund gave the center at least $165,000 in grants for Iran-related research while Kahl was a fellow there between 2012 and 2014, according to Ploughshares' annual tax filings from that time. 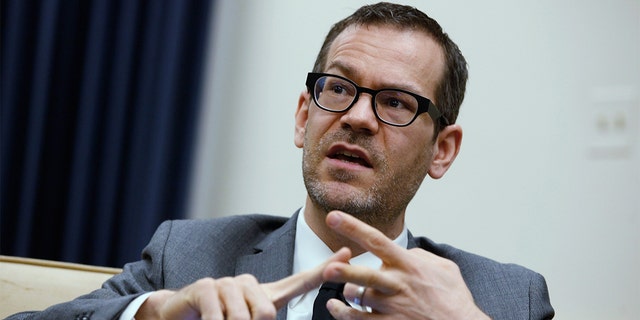 Ploughshares was identified in 2016 by former Obama advisor Ben Rhodes as playing a key role in creating an "echo chamber" to sell the Iran deal to the public through grants to nonprofits and media outlets.

Plougshares is also a longtime supporter of the National Iranian American Council (NIAC), which critics claim lobbies in Washington, D.C., on behalf of the Iranian government.

"Do you agree that so long as Iranian-backed groups continue to target Americans for murder, any easing of sanctions against Iran should be off the table?" Inhofe asked Kahl during Thursday's hearing.

"I believe that we need to get the nuclear program in a box because as troubling as Iran's behavior is, and it's very troubling, it would be exponentially more dangerous if Iran acquired a nuclear weapon," Kahl responded. "We need to check back Iran through a whole host of steps."

Cotton accused Kahl of being wrong about Middle East policy for the last four years before questioning some of his social media posts about former President Donald Trump and Republicans.

"When Mideast policy was your job at the Pentagon, you failed to foresee the rise of ISIS, which launched an actual war involving 30,000 Islamic insurgents conquering a quarter of Iraq," Cotton said. "Dr. Kahl, it seems to me that your judgments about matters of war and peace are almost always wrong."

In 2011, Kahl testified before Congress about strengthening U.S.-Israel relations to deter a nuclear Iran while serving as deputy assistant secretary of defense for the Middle East in the Obama administration.

"These efforts to buttress Israel’s security help underline our message to Iran: pursuing nuclear weapons offers Iran no true benefits, and efforts to destabilize the region through proxies and support for terrorism will not succeed," Kahl said.