Bill Maher backs Simone Biles, rips 'armchair quarterbacks' attacking her: 'This is not a quitter'

"Real Time" host Bill Maher returned from his vacation Friday night to defend U.S. Olympic Gold Medalist Simone Biles after she withdrew from various competitions at the Tokyo Olympics, arguing she was "pushed to the brink."

"This not a quitter. This woman was pushed to the brink," Maher said during his opening monologue. "This is not her choice. We went as far as we could make her go. And she had to drop out."

Later on during the panel discussion, Maher expressed how "p---ed off" he was to see conservatives go after the champion gymnast, citing Turning Point USA's Charlie Kirk and radio host Buck Sexton among her critics.

SIMONE BILES WITHDRAWS FROM VAULT AND BARS, MAY STILL COMPETE ON FLOOR AND BEAM

"We ran this poor girl, this amazing machine, to let not permanently but temporarily just broke it," Maher said. "I mean, could you imagine the anxiety-- these armchair quarterbacks sitting there with f---ing crumbs on their shirt looking at someone who twists and flies in the air and aims at a little strip? And he's like ‘Eh, well, where’s your mental toughness?'"

SIMONE BILES FIRES BACK AT CRITICS AFTER WITHDRAWING FROM EVENTS: ‘I DIDN’T HAVE A BAD PERFORMANCE AND QUIT'

He continued, "We pushed her to the ultimate limit. She sucked it up as long as she could. Can you imagine the anxiety? I mean, how do you even sleep?"

The HBO star later argued, "In a country now that's just filled with snowflakes and whiners and the entitled and the weak and the bratty, she is none of that and never has been. The exact opposite. I'm telling you, this was not a choice. You push someone just so far."

The U.S. superstar dropped out of the team final after appearing to falter during the vault competition, opening the door for the team of Russian athletes to win gold for the first time in nearly three decades. She later withdrew from individual events.

3 US Gen. McKenzie says Taliban were 'helpful and useful'... 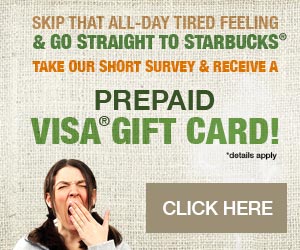