Chinese state-owned media ran messages across a New York City billboard urging unity in the fight against COVID-19, even as Beijing continues to resist cooperating with World Health Organization investigations into the origin of the virus.

The so-called China Screen in Times Square has run images for the Xinhua News Agency – the official state-run press agency of Beijing – since 2011.

The screen usually displays products and travel promotions for China, according to USA China Daily, but it has recently displayed a different message. 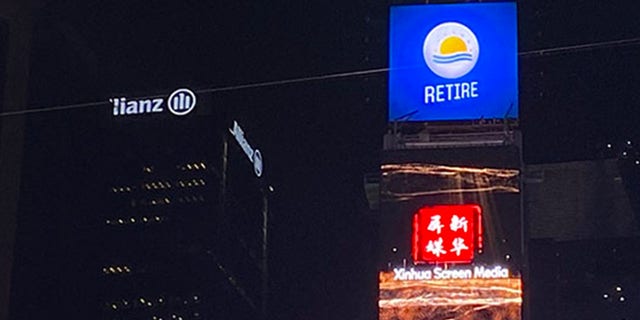 What followed was a series of messages that talked about the progress made in fighting the virus, such as noting the 48.52% recovery rate and cruise ships passing inspections. 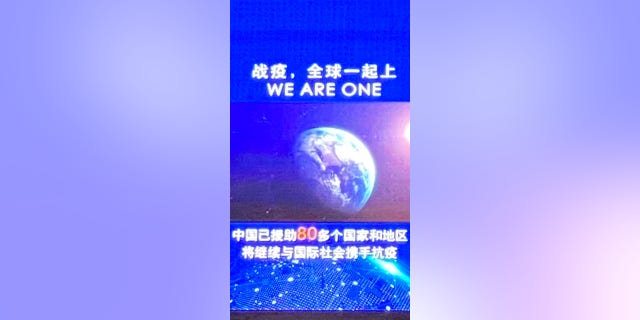 The bottom text reads: "China has helped more than 80 countries and territories, will continue to fight the virus hand in hand with the international community." (Fox News)

"China has helped more than 80 countries and territories," one of the panels reads. "Will continue to fight the virus hand in hand with the international community," the message adds, along with pictures of other countries including Italy, Korea and Japan.

BIDEN WHITE HOUSE'S PLANNED $200M WHO PAYMENT SLAMMED BY REPUBLICANS: 'THEIR CREDIBILITY HAS BEEN TARNISHED'

The messages of unity and cooperation strike a strange tone, however, after Beijing reportedly refused to turn over raw patient data to WHO investigators in Wuhan. 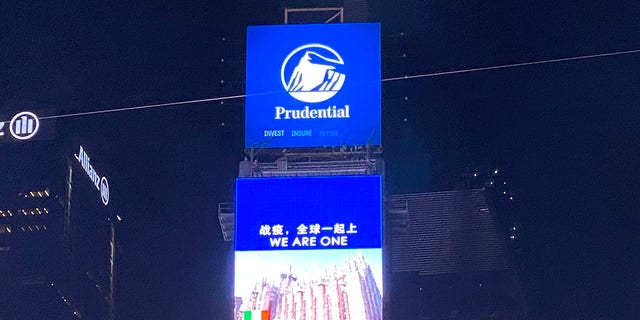 An image of Italy, with top text: "In the battle against the virus, the world will go as one." (Fox News)

The four-week investigation into the origins of the coronavirus in China hit a roadblock with the patient data. Investigators insisted that their work was "robust," but some leaders have insisted that China needs to do more.

"We have deep concerns about the way in which the early findings of the COVID-19 investigation were communicated and questions about the process used to reach them," national security adviser Jake Sullivan said in a lengthy statement.

"It is imperative that this report be independent, with expert findings free from intervention or alteration by the Chinese government," he added.

Regarding reports there were "heated discussions" about getting hold of all the information the WHO wanted from Chinese officials about COVID-19, WHO spokesperson Tarik Jasarevic confirmed to Fox News that "There were moments where strong, sometimes challenging, scientific dialogue took place."

The billboard is owned and leased by Sherwood Outdoor, a subsidiary of Sherwood Equities Inc.

Sherwood did not immediately comment to Fox News when asked why it leased the space to Chinese state media and whether the lease has been renewed.

2 Antifa members threaten to 'burn' down DC during Black...

3 Iran demands US lift sanctions before it lives up to...

4 Biden DOJ wants DC's acting US attorney to transition to...