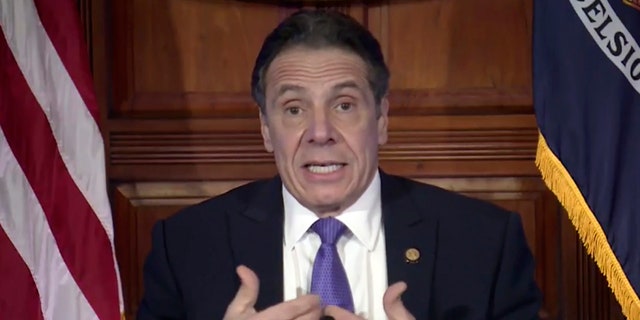 Good morning and welcome to Fox News First. Here's what you need to know as you start your day

Cuomo ‘not aware’ of sixth woman’s allegation, addresses his past calls for others to resign
New York Gov. Andrew Cuomo said he was "not aware" that another woman had accused him of sexual misconduct, at the same time drawing a distinction between allegations against him and those against former State Attorney General Eric Schneiderman, who Cuomo called on to resign.

"I’m not aware of any of that claim," the governor said. "I never touched anyone inappropriately. As I said last week, I never made any inappropriate advances."

A reporter on a conference call had asked Cuomo for his response to an allegation from a sixth woman, who said that Cuomo inappropriately touched her at the governor’s mansion last year. But according to the Times Union, Cuomo’s office was made aware on Monday. The woman’s identity has not been made public.

The complaint was reported to the governor's counsel by other employees in the Executive Chamber, the Times-Union reported.

Cuomo declined to answer a question on whether he’s rethinking his run for a fourth term in 2022. He announced his plan to run almost two years ago. CLICK HERE FOR MORE ON OUR TOP STORY.

"The whole family is saddened to learn the full extent of how challenging the last few years have been for Harry and Meghan," said a statement from the palace. "The issues raised, particularly that of race, are concerning.  While some recollections may vary, they are taken very seriously and will be addressed by the family privately."

"Harry, Meghan and Archie will always be much loved family members," the statement concluded.

The statement comes after the royals faced some criticism over their silence on the matter following the interview’s broadcast in the U.S. on Sunday and the U.K. on Monday.

Representatives for the Duke and Duchess of Sussex had no comment when reached by Fox News. CLICK HERE FOR MORE.

Michigan prosecutor in Zoom hearing catches alleged domestic assaulter in same home as 'nervous' girlfriend
A Michigan man charged in a domestic violence case allegedly appeared at a court hearing remotely from the victim’s house last week -- despite a no-contact order compelling him to stay away from her. 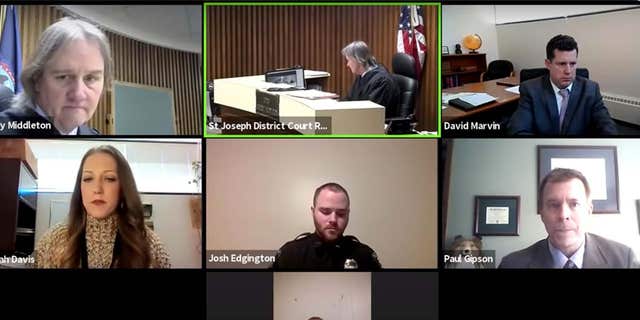 At one point in the hearing, assistant district attorney Deborah Davis appeared to have pieced together that the two were at the same address.

As Davis was asking Lindsey about the night of the crime, she appeared reluctant to answer questions or explain why she called police.

Then Harris’ camera shut off for a few seconds, and Lindsey looked to the side, her face off-screen.

"Your honor, I have reason to believe that the defendant is in the same apartment as the complaining witness right now, and I am extremely scared for her safety," she said. "And the fact that she's looking off to the side and he's moving around -- I want some confirmation that she is safe before we continue." CLICK HERE FOR MORE.

#The Flashback: CLICK HERE to find out what happened on "This Day in History."

"Who cares? It’s not like Prince Whatever-his-name is and his angry wife from Los Angeles are compelling," Carlson said. "You know exactly who they are – he’s weak and unhappy and she’s a manipulative opportunist. So who do you root for in this? How about nobody? Here’s this royal person – one of the most famous, fawned-over people in the world – telling Oprah she was incredibly wounded because she got into some petty argument about dresses with her sister-in-law three years ago. So, stop the presses."

Fox News First was compiled by Fox News' Jack Durschlag. Thank you for making us your first choice in the morning! We’ll see you in your inbox first thing Thursday.

Nothing can undo 'Remontada,' but PSG can turn...