Emmys 2021: A breakdown of the biggest nominated TV series

As has been the case for several years of award shows, streaming services came out on top when it comes to this year's Emmy nominations with Netflix, Disney+, HBO Max, Amazon Prime Video and Hulu all scoring multiple nods.

This year's nominations included a handful of surprises like "The Boys," "Cobra Kai" and "Emily in Paris" all earning nominations for some of the night's biggest awards.

As expected, "The Crown," "Ted Lasso" and "Mare of Easttown" also earned plenty of nominations.

With a large number of nominations to consider before the big night, here's a breakdown of this year's biggest nominated shows. 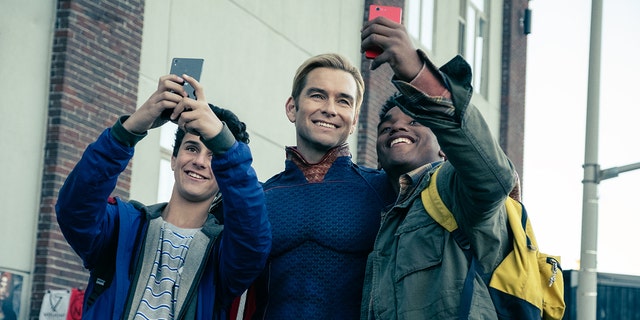 One of Amazon Prime Video's forays into the world of superheroes, "The Boys" follows a group of vigilantes who work to take down superheroes that misuse their powers.

Netflix's "Bridgerton" quickly became famous for its steamy scenes. The show helped launch the careers of Regé-Jean Page and Phoebe Dynevor as lovers in Regency-era England.

In total, "Bridgerton" earned 12 Emmy nominations for its debut season – most notably for outstanding drama series and for Page's performance. Additionally, Julie Andrews earned a nod for her voice-over performance as Lady Whistledown.

A tried-and-true awards contender, "The Crown" earned several nominations for telling the story of Queen Elizabeth II. The show's most recent season focused heavily on the Queen's relationships with Margaret Thatcher, Prince Charles and Princess Diana.

One of Disney+'s flagship properties, "The Mandalorian" follows a lone bounty hunter on a journey to unite a young child with the Jedi, despite the remnants of the evil empire bearing down on him.

One of HBO's entries in this year's race, "Lovecraft Country" tells the tale of a young man enlisting his family and friends to help him on a supernatural journey to rescue his missing father.

The show earned a nomination for outstanding drama series, and 17 others, including recognition for stars Jonathan Majors, Jurnee Smollett, Aunjane Ellis, Courtney B. Vance and the late Michael Kenneth Williams.

Earning a total of eight nominations, "Pose" received nods, among others, for outstanding drama series and for performances from MJ Rodriguez and Billy Porter.

After several successful seasons on Hulu, "The Handmaid's Tale" has retained its audiences who tune in to follow a group of women fighting against an oppressive and violent patriarchy.

NBC's ever-popular "This Is Us" follows the various branches of the Pearson family as they struggle with their past and present.

This year brought a nomination for outstanding drama series and nods in five other categories, including individual nominations for Sterling K. Brown, Chris Sullivan and Phylicia Rashad. 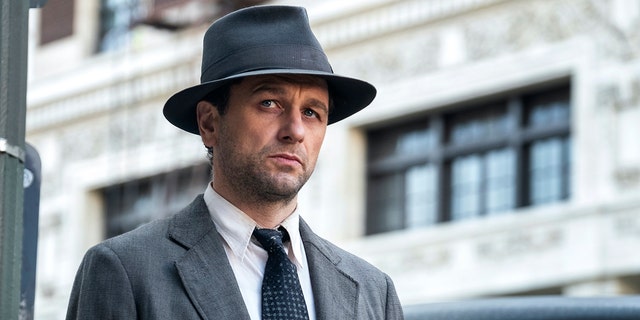 HBO's "Perry Mason" is a drama based on a popular program of the same name that ran from 1957-1966. It tells the story of an ambitious defense attorney and the intense clientele he takes on.

Another semi-reboot from HBO, "In Treatment," picked up in May for the first time since 2010 and now follows a new psychotherapist as she works to heal a number of clients.

This year, its sole nomination came for star Uzo Aduba's lauded performance in the lead role.

A longtime favorite, ABC's "Black-ish" follows the everyday exploits of a Black family living in a predominantly White, upper-middle-class neighborhood.

This year's five nominations include outstanding comedy series as well as nods for stars Anthony Anderson and Tracee Ellis Ross. Stacey Abrams also earned a nomination  for playing herself in voice-over form.

Though often looked down upon by critics, Netflix's "Cobra Kai" has earned a large audience as it tells the story of Daniel LaRusso decades after his adventures in the "Karate Kid" movies.

Of the program's four nominations this year, the most notable is one of the night's biggest honors: outstanding comedy series.

Another entry from Hulu, "PEN15," follows two middle school girls as they face all of the problems that come along with being teenagers.

Another that was reamed by critics and shocked fans when it was nominated for Golden Globes, "Emily in Paris" follows a young American woman who moves to France's capital to chase her dreams.

Outside of outstanding comedy series, "Emily in Paris" earned recognition for outstanding production design for a narrative program (half-hour).

An examination of cancel culture, "Hacks" follows a young comedy writer from Los Angeles who is forced to work for a mouthy Las Vegas stand-up legend when an inappropriate tweet gets her ousted from the industry.

A surprise hit and awards darling from Apple TV+, "Ted Lasso" follows a relentlessly optimistic football coach as he moves to England to lead a popular soccer team.

Kaley Cuoco wasted no time after "The Big Bang Theory" wrapped up before diving into HBO Max's "The Flight Attendant," which follows a woman's fight to regain her memory after she wakes up in bed next to a dead man after a boozy night out.

Nominations for outstanding comedy series and performances from Cuoco and Rosie Perez are among the nine earned for its freshman season. 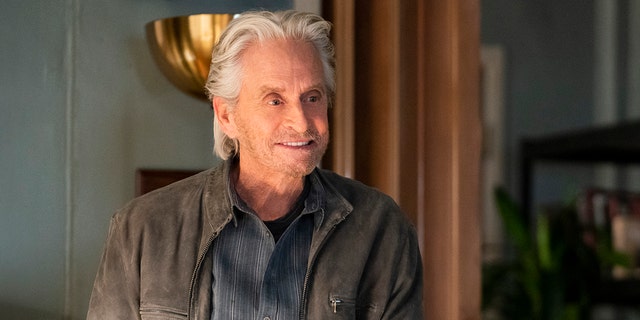 "The Kominsky Method" follows an aging and respected acting coach who runs a small school with his daughter. The third season of the Netflix comedy sees Sandy Kominsky deal with the fallout of his best friend's passing. 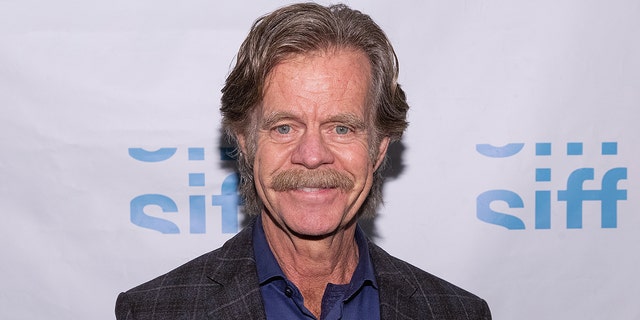 William H. Macy was nominated for an Emmy for his work in the final season of Showtime's 'Shameless.' (Photo by Mat Hayward/Getty Images)

The long-running "Shameless" came to an end this year with its eleventh season. The show followed a no-apologies Chicago family and its daily exploits.

For its final season, the dramedy received just one nomination for William H. Macy's performance as Frank Gallagher.

Amid his ongoing and wildly successful run on "Saturday Night Live," comedian Kenan Thompson is headlining his own sitcom with "Kenan." The show follows the star as a recently widowed father working to raise his children with his father-in-law.

Thompson, 43, received two Emmy nominations this year, one for his performance in "Kenan." The other is for his work on "SNL." 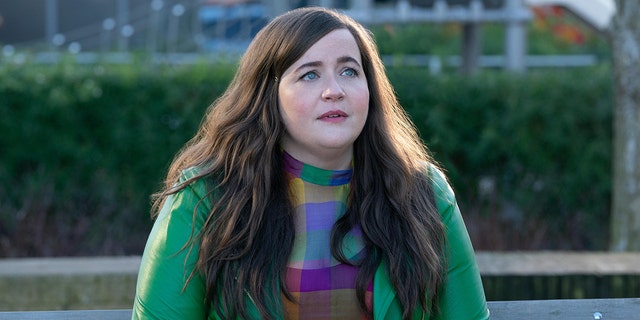 Aidy Bryant was nominated for an Emmy for starring in Hulu's 'Shrill.' (Hulu)

For its third and final season, "Shrill" received an Emmy nod for Bryant's performance. 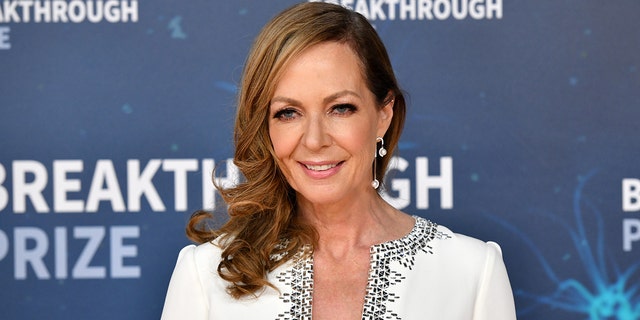 'Mom' star Allison Janney was nominated for an Emmy this year. (Photo by Ian Tuttle/Getty Images for Breakthrough Prize)

After eight seasons, "Mom" – a sitcom following a single mother and recovering alcoholic working to raise her own children with her own mother – has come to an end.

"Saturday Night Live" has made headlines all summer for its potentially massive casting shakeup with several cast members  – including Bryant and Thompson – having hinted that they may depart the popular sketch comedy series.

Dave Chapelle and Maya Rudolph have already nabbed early wins for guest-starring on the show while Thompson, Bryant, Kate McKinnon, Cecily Strong and Bowen Yang each stand to win an award this weekend for their work on the show.

In the limited series category, a favorite of fans and critics alike is "Mare of Easttown," the story of a small-town detective that sets out to find the murderer of a young woman in her well-connected community.

The show received a total of 16 nominations, many in technical categories while stars Kate Winslet, Jean Smart, Julianne Nicholson and Evan Peters also received nominations. As expected, the show is up for outstanding limited or anthology series as well.

"I May Destroy You"

Viewers were shocked to learn that "I May Destroy You," the story of a woman trying to piece together memories of a troubling night on the town, was not nominated for any Golden Globes earlier this year, but redemption came in the form of a total of nine Emmy nominations.

The show is up for awards recognizing its writing, directing, casting, music supervision and costumes, as well as performances from stars Michaela Coel and Paapa Essiedu. It was also nominated for outstanding limited or anthology series.

Marvel rebranded its ventures into television with Disney+'s limited series "WandaVision." The genre-bending show followed superpowered Wanda Maximoff's difficulty to hold together the fabricated community she put together following the death of her fellow hero and love Vision.

One of the most talked-about series of the pandemic's earlier months, "The Queen's Gambit" follows a young orphan whose drug habit helps to propel her astounding chess career to international levels.

Of its 18 nominations, the most notable are for actors Anya Taylor-Joy, Thomas Brodie-Sangster and Moses Ingram.

From Oscar winner Barry Jenkins, "The Underground Railroad" tells the story of a young woman's fight to break free from slavery in the deep south.

Another popular HBO miniseries, "The Undoing" follows a prominent New York family thrown into turmoil when a father is accused of a brutal murder of a mysterious young woman.

Star Hugh Grant received one of the show's two Emmy nominations, the other recognizing its production design.

Though embroiled in controversy when Aretha Franklin's family claimed they were not asked to be involved in the show, "Genius: Aretha" told the Queen of Soul's story of success.

This year, the anthology series received recognition for its sound mixing and choreography, as well as for star Cynthia Erivo's performance portraying Franklin.

A massively famous Broadway musical, "Hamilton" follows founding father Alexander Hamilton in his collaboration with other leaders like George Washington and Aaron Burr to establish the United States of America.

There was plenty of debate over whether Disney+'s filming of a "Hamilton" stage production should fall under film on television awards, but the Emmys seemed to sink their teeth into the play with 11 nominations, including nods for stars Leslie Odom Jr., Lin-Manuel Miranda, Renée Elise Goldsberry, Phillipa Soo, Daveed Diggs and Anthony Ramos.

Ant Anstead and Renée Zellweger cuddle up in...

4 Pat's Steakhouse violence: Another man killed outside the...