Meghan Markle and Prince Harry graced the cover of Time magazine after making its 100 Most Influential People list.

The two posed together but caught some backlash on social media for their "awkward" appearances.

Harry, whose 37th birthday was on Wednesday, was dressed in all black and sat behind Meghan with a hand on her shoulder. The former actress, 40, donned a white pantsuit and gold jewelry.

The Duke and Duchess of Sussex were part of the "Icons" section of the list and honored by their friend Chef José Andrés for their activism and philanthropy over the past year.

After the cover was unveiled, users on Twitter were quick to judge their body language and blank expressions.

One person said, "The only effort in this pic is the person who’s photoshopped 2 different pictures together."

Another pointed out, "Looks a bit too ‘plasticky’? The photoshop is rich on this one."

"What a strange photo… it’s made to look like Harry is the same height as Meghan … is he bending over?" commented someone else.

"This looks like Harry is her hairdresser and he’s looking into the mirror explaining what he did to her layers," joked a user.

"Time should've chilled out a bit with the photoshop. They don't look real or like they posed together," critiqued another.

Meanwhile, chef Andrés wrote in his essay about the couple, "They turn compassion into boots on the ground through their Archewell Foundation. They give voice to the voiceless through media production."

"Hand in hand with nonprofit partners, they take risks to help communities in need — offering mental-health support to black women and girls in the US and feeding those affected by natural disasters in India and the Caribbean," he continued.

Andrés, who founded the World Central Kitchen, worked with Harry and Meghan to help feed poor communities. "In a world where everyone has an opinion about people they don’t know, the duke and duchess have compassion for the people they don’t know. They don’t just opine. They run toward the struggle," he said.

Reps for the Sussexes and Time did not immediately return Fox News' request for comment. 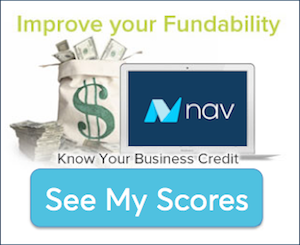